On June 13, 2017, the City Council adopted the annual operating budget for Fiscal Year 2017-18. The outlook for the coming year indicates the continuation of steady growth in all three major revenue sources (property taxes, transient occupancy taxes and sales taxes); as such, the City’s budget is balanced with operating revenues in excess of operating expenditures and includes an investment in Capital Projects of $4.3 million of which $2.7 million is appropriated for Street Improvements.

The City remains diligent in its pursuit of alternative sources of funding to supplement local monies for infrastructure projects and has been quite successful at acquiring grant funding. In fact, 39% of the funding for budgeted capital and infrastructure enhancements will be provided by grants which have been awarded to the City. 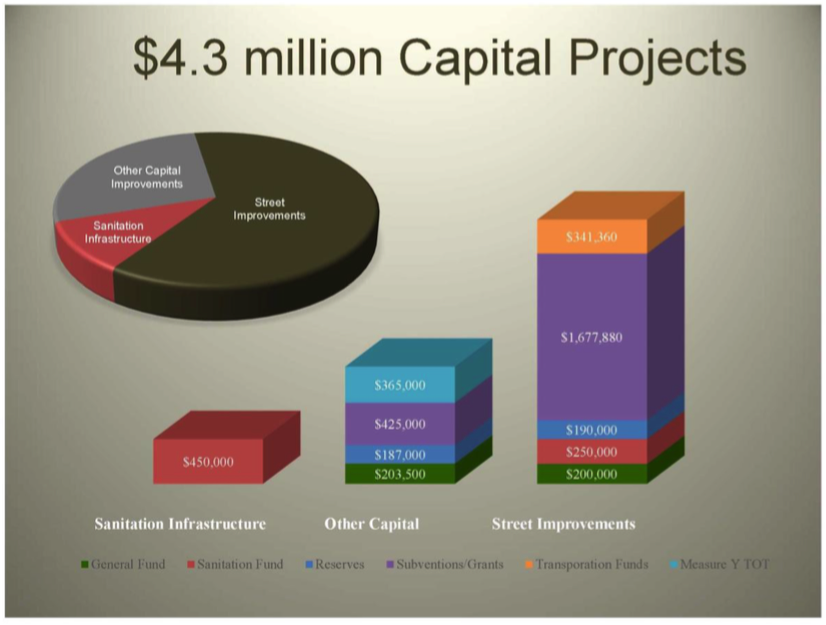